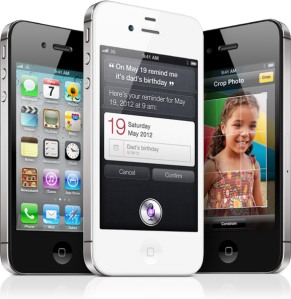 It took me this long to finally buy an iPhone.  I waited until the right carrier had it (AT&T is a diversity nightmare), then my current provider didn’t have international covered because of CDMA.  So when that all came online, I then had to wait for an upgrade time so that I wouldn’t pay an arm/leg/firstborn.  It wasn’t a feature to feature comparison, 3G or 4G or any other techie issue that caused it.  It was because I know Google, have worked with Eric Schmidt  and believe they are evil about their intentions with our data, public or private.

Before any hate mail comes in that Apple does it too, I turn off location services when I leave the house and can confuse them enough that tracking me doesn’t me do them any good….not that anyone would/should care.  I’m a statistic to them and so be it. 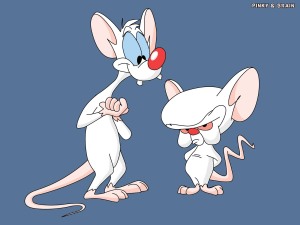 Disclaimer:  I’ve had an iPod since 1994 (rotary wheel version) and have an iPad and iPod before I bought the phone, but I worked with/against Google and have met Eric Schmidt at a partner conference.  I don’t trust Google nor do I trust Schmidt as I heard what they are up to.  Basically the same thing as Pinky and the Brain are after, take over the world.

I and I believe they are sincere.  Apple developers are trying to build an ad base to compete against the world/Google, but I can turn them off…..Google follows me, my house, what I buy and everything else…..then are all too happy to share it with those I don’t want them knowing I exist.

In the quest for data analytics, companies have sold their soul.  Google and IBM are at the top of this data list, closely followed by Oracle, only closely in this case as they are hampered by a leader who holds them back from becoming a great (or modern) company.

Most analyst’s I talk to have Android so that they can practice what they preach, it’s an open world.  Well open source doesn’t work as well and smooth as IOS, so I don’t give a rat’s rump about this.  I just want it to work and for me not to have to fix or code one more device.  Most open systems require tinkering far too often.  So I’m calling BS on that argument.  I’m a consumer with too much going on to have a device that doesn’t work every time and easily.

It appears that Smartphones are now being attacked by malware and theft.  I know of 2 so far on IOS, but Android seems to be up 90%, so it looks like Apps on this OS are easier to break into.  This was not my initial decision point, but has skyrocketed to my list of concerns within a short period of time.

I had one of the newest Blackberry’s and in one word of advice for those who are considering buying it….don’t.  The interface is archaic compared to IOS and I got it because of a corporate policy that stuck me with a device that was hard to use.  I had to take it the phone store to set up the special things I wanted (I have about 7 email addresses and many special things related to what I do, and BTW I set them up myself on the iPhone) and have set up phones and computers for 31 years….before things were easy so I know how to reverse engineer without instructions

One thing I liked about Google was that 3 executives owned 8 corporate jets.  God Bless Capitalism.  I think IBM has a whole fleet of jets for the executives also so they “don’t” have to fly commercial.  Too inconvenient I guess.  It’s the same for most corporations.

Anyway I bought the iPhone.

BTW, I’ll never buy another Windows/Microsoft product again now that I work for myself.  They can only treat me this poorly (since Windows was released) for so long before I vote with my own money like I did here….

It looks like I’m not the only one.  ZDNet wrote this a few days after I wrote about my travails.

One thought on “Why I Bought an iPhone Vs. Any Google Device”