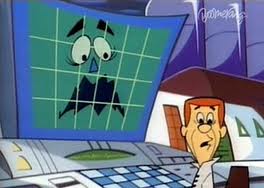 Update: Apple is more nails in the PC coffin with the new announcement of Post PC devices.

The Real Meaning in Marketing Speak

In the mid 2000’s, Sam Palmisano of IBM declared the era of the PC is over.  This was somewhat of a marketing move since IBM had just sold the PC Division to Lenovo.  What he really meant was that IBM is getting out of consumer products.  IBM also sold other consumer divisions that were not the margin kings that Software and Services were.  Disclaimer, after working either for/with/against/partnering with IBM for 31 years, I can say that a lot of what they do is incredible spin on pretty good technology.  I had better knowledge of what was going on than what was told to the outside.

This is a bit of a history lesson.  There was a time that PC’s were special and had value.  They still can be found on almost every desk or backpack at an airport, but in reality they are now (and have been for a while) a consumer product.  There gets to a point in time in every product’s life cycle that economies of scale and parts availability drive this value (and therefore the price) down when you can’t differntiate.  It is compounded by newer technologies (tablet computers and mobile devices) to where you can get them at any consumer store that sells toasters, video games and TV’s.  Any improvement is just a little bit better (except Windows which usually is worse), not an era better which was the case when they were new.

PC’s have done this to themselves over the years.  Remember when all you could get was a bulky desktop?  Technology moved on to the luggable computer to the laptop. Now you can get a wafer thin Macbook Air (for a premium price), but the technology curve will drive cost down here when every manufacturer offers it.  Margins are razor thin and there is minimal hardware differentiation on the Wintel platform.

The Effect of iPad and Mobile Phones

Ultimately, the world is driving your communications and computing device to be in your hand.  The end game of input is not a keyboard, but voice.  This addresses the need for instantaneous that we have required as we’ve shifted from email to IM and texting, and from blogging to tweeting. I envision a vision screen that is projected by your small handheld that lets you see what a huge monitor is required for now in the near future.  For more on this, see Project Blade Runner as an example of what the future could look like.

PC’s are already under fire from Tablet computing and smartphones.  While at some point you still need a PC for complicated input/output such as the dreaded Powerpoint and the more mundane payroll/HR applications, they soon will be adapted to tablets as we easily morphed from immobile desktops to laptops.

Many analysts have shown that more phones and tablets are sold than PC’s.  More texts are sent than emails and we certainly have more tweets than blogs.

Powering a lot of this of course is the overhyped Cloud model.  While conceptually it has been around for a long time (we have called it client/server and other names), it is a software delivery model that will make the end device irrelevant.  Perhaps you could get your email on your toaster or refrigerator.  You could make phone calls by dialing in the air at some point.  The issue is that we are driving the connecting device smaller, cheaper and more powerful (and less relevant) so that we can get what we want, when we want it and wherever we want it.

Companies are jumping out of this market as evidenced by IBM and HP willing to sell their PC businesses worth billions in revenue, mostly because of low single digit profit margin.  They realize that there isn’t much money to be made anymore, again putting them in the toaster category. Similar components by most, similar operating systems, market driving memory and storage costs and overhead to sell.  HP is now particularly vulnerable as companies negotiating long term contracts will throw HP out  as a viable vendor not knowing what their future will be either in terms of ownership or viability.  HP has completely lost their way starting with the purchase of Compaq years ago, then dumping their tablet, announcing the sale of their PC division and switching CEO’s like underwear.

Everyone eventually builds a better mousetrap.  The Mac has been around for a long time, but the entry way to the door to Apple changed with the iPad/iPhone.  A new processor, operating system visibility, technology paradigm, profit potential and the coolness factor make Apple a different model than the PC.  Prior to that, Mac’s were a niche player in the creative, advertising and education world.  This has changed partly because the OS is better, Windows is not a great platform and Mac’s are headed in the direction of iPads.

So Is the PC Dead?

Ultimately yes, but not this year or in the near future.  I’ve seen models of computers called bricks the size of your phone that you can drop in a kiosk and work anywhere.  You can even use them like an iPhone if needed, but until the voice input issue is resolved, keyboard input is an inhibitor.

No one thought we’d ever see the end of typewriters, faxing or even the 360, but technology advances at an increasing rate economically speaking.  What will be interesting is which social mores we’ll break like talking to ourselves (on a cellphone) in public (or worse in a bathroom or driving).

Is the iPad the next endgame?  Likely also not.  Companies are trying to out do themselves and we’ll wind up like the Jetson’s one day.

My blog is about my personal opinions only and do not reflect or represent any company that I work for either past, present or future. I will not hesitate to use the benefit of my experiences in telling the story of what goes on in the real world. beep/bop/boop View all posts by John

One thought on “Is the PC Dead Or Is It Marketing Hype and Spin?”