Why do they always go there. History shows it’s never worked yet the same group thinks they can do it better. It’s going on right now with the WEF, UN, COP27 and the rest of the one world wonders. Well, feast on this:

After the Soviet Union disintegrated in 1991, Communism was dead. Or so we were told at the time. However, it should be clear by now that Communism is the John Barleycorn of political ideologies:

They worked their will on John Barleycorn, but he lived to tell the tale.

That is, Communism was thought to have been destroyed, but not only did it survive, it eventually came to dominate those who believed they had destroyed it. (A full-length exegesis on this conceit may be found in my 2008 essay “John Barleycorn Was Dead”.)

The 21st-century version of the victorious ideology is not called “home-brewed ale”, but rather “Progressivism”, or the “New World Order”, or “Global Governance”, among other terms. The process of imposing the new global utopia is, of course, referred to as “the Great Reset”. Which is currently well underway, and will probably be completed before most people realize what is happening.

One of the features of latter-day Communism is that it has always been able to count on a multitude of fellow travelers among the members of the political class in the liberal democracies. The Soviets recruited agents of influence in Western governments and cultural circles, but they really didn’t have to work all that hard to find them; there was always a pool of idealistic intellectuals who were eager to embrace the utopian vision provided by the Socialist Revolution.

Communism is primarily a disease of the intellectuals. The proletariat — the purported beneficiaries of the socialist revolution — are generally indifferent to the allure of progressive utopias. But those who hold multiple advanced degrees are especially attracted to the idea of a glorious future planned and implemented by technocrats. They can draw up detailed plans for the construction of an ideal political economy, but they lack the political power to realize their dreams. Achieving such power tends to consume all their energy for well over half their lives; hence the pursuit of power becomes an end in itself.

More at Gates of Vienna:

They get them young with the college professors. How many of them do you think are conservatives or middle of the road? About 4 percent. Most of the mush heads don’t have a chance. It’s why they vote liberal when they aren’t educated properly. Usually they keep the single women, as demonstrated by the last election. They are the easiest to persuade.

I see the current administration trying to take us down that road in the (thinly veiled) guise of climate change and woke. I don’t buy it.

The answer is that it is about money and power. The intellectuals think they know more and need to tell others how to live and what to do.

Bear in mind, the rest of us are getting tired of this charade and are well educated in how to live. Let the power go out and see who survives and who gets robbed. 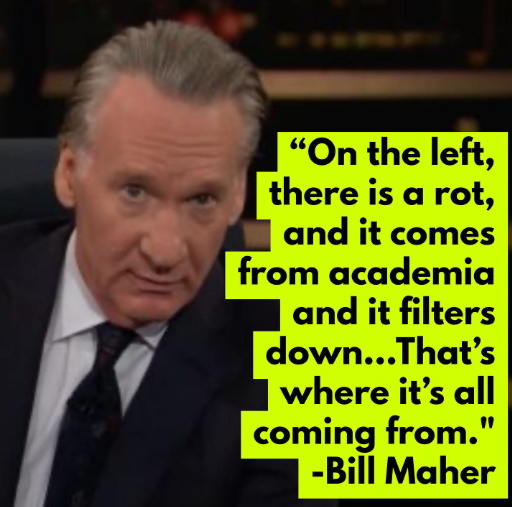 Unfortunately, communism in America has started. We’ve been steered in that direction since Wilson and FDR.