Another day that will life in infamy? The comparisons are there. America was attacked, on our home soil, and we retaliated.

I like to watch human nature. Here are my observations. Bully’s attack the weak. No response to 8 separate terrorist attacks on US in 8 years starting in 1993 emboldens anyone to take the next step. They even declared war on the USA in 1996 with no response.

Cowards attack and run and hide, or surrender.

Hero’s stand for what is right and do the right thing, despite what naysayers will snipe at.

Here’s another comment on human nature, from the beginning of man (actually since the fall of Lucifer from Heaven, but I’ll keep it to man for non believers in God), there has been a struggle with good vs. evil and/or right vs. wrong. There is too much evidence permeating our archives of history to deny it. We all have to face it daily, you can look within yourself to see the internal struggle to know it exists.

The Parameters of Good and Evil

We judge based on what we are familiar with. Here is what the world generally views as the good side.

Here are three of the biggest mass murderers in history, who most generally view as evil. 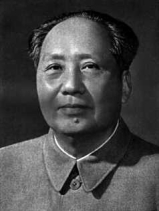 Deliberately plotting to kill other innocent people without provocation or to protect oneself is evil (not to mention the 6th commandment). So I’ll put the act of 9/11 in the evil column. Now most don’t want to face this decision… that we shouldn’t judge. Worse, some want to politicize it or dream up conspiracy theory. But don’t most think that the murder of 6 million Jews as evil, or 10’s of millions of Russians or Chinese murdered at the hands of Stalin and Mao evil? So the evidence equates the hideous attack on the twin towers as evil with evil intent.

Here is a timeline to the attack of the Wold Trade Center Towers.

To many people are afraid to call evil evil, to excuse… or worse to forget. You have to treat a coward, a bully or evil the same. You must stand and fight back, to stay the course for right vs. wrong until you overcome and fully defeat it, or it will come back time and time again. So we either stop this evil or our way of life, freedom of religion, women’s’ rights, democratic society and yes, even the right to dissent will be gone, and we will wear burkas and cower to evil.

This is a tough fight that is not like a battle over borders. It is an enemy that peeks in and out of caves and safe houses. But we must overcome the political overtones and stay on the side of good and right, or suffer the fate of the alternative. Besides being evil, they clearly state that they want to kill Americans and all infidels (those that won’t convert to Islam). That’s all Americans (and other countries for that matter) regardless of race, creed, religion, gender or whether they are adult or child.

Not politically correct I know, but neither was 9/11. We have the chance to right a great wrong. Let’s not miss the opportunity.