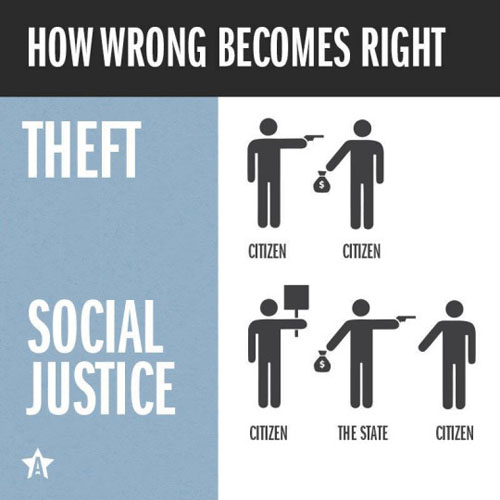 It’s mostly for idiots like Thomas Woosley from the UK who generalizes all people from the US as “Yanks”, even though this works everywhere in the world.

So for people like Thomas, America is a continent, not a country.

In a WSJ  article today entitled, “Men and Women at Work: Unhappy, But Productive“, I couldn’t help but recall some observations I’ve made over the years at multiple companies in many situations.  If you are the PC police, save your hostilities as most of this is common sense.

The article states this:

When women and men work together on teams, the results are good for business—but they don’t enjoy it much.

That, at least, is the experience of employees in one company, a large US professional services firm studied by economists at Massachusetts Institute of Technology and George Washington University.

Researchers looked at eight years of the firm’s revenue data and employee surveys, measuring satisfaction, cooperation, morale and attitudes toward diversity.  That included data from offices or teams that were entirely male or entirely female, along with data from teams that were more evenly mixed.

On surveys, individual employees reported higher levels of job satisfaction when they were on teams that were mainly staffed with people of their own gender. Those on more diverse teams reported lower levels of happiness, trust and cooperation–consider this Journal essay on what men don’t know about women at work  – although revenue figures showed they were more productive and better performing—by a lot.

“People are more comfortable around people who are like them,” says study co-author Sara Fisher Ellison, of MIT.

It may be that members of homogenous groups “socialize more and work less,” Ellison notes. Mixed groups may lack social capital, but varied perspectives and skills may help a unit perform better. The researchers posit that shifting an all-female or all-male team to a coed one would increase revenues by 41%.

Also, researchers found that workers seemed to appreciate the idea of a diverse workplace more than they liked diversity in practice. According to employee surveys, workers gave gender and racial diversity high marks for boosting morale, trust and employee satisfaction, but those who actually worked on diverse teams tended to report lower levels of those traits.

This prompted some thoughts that many have made  about the differences between men and women.  It’s likely that women have kept men from wiping each other off the planet in the adult version of kill the man with the ball, or who wants to be king.  Conversely, men have killed each other over a woman (OK, women have killed over men also to a lesser degree) but that isn’t the same as competition in the workplace.

The sexes still are created differently.  Little boys can make a gun out of sticks and play war.  A majority of younger girls have a greater preference to play with dolls.  Not long after, more boys begin in sports, even if on the street level.  This activity encourages them to play your position as a team to win the game.  While an increasing number of girls are playing sports, those that do appear to decline in numbers when social engagements take priority.  It’s been observed that women enjoy shopping far more than men, but there is no winning the game in dolls or shopping.  There certainly are a great number of outstanding female athletes, but the trends and volume of numbers still appear to favor men.  Men on the other hand generally fail at these more social activities which women exceed at.  It manifests itself in social behavior later in life where women can tend to be far more social than men.

This has to do with corporate behavior.  Men get a rush out of hitting the walk off home run, catching or throwing the winning touchdown, scoring the winning goal or getting the biggest hit in the game.  Delivering the crushing hit isn’t as big of a priority to most women.  The workplace is a place of competition, even in a teamwork situation.  You work together to kill the competition for market share.  There traditionally has been a disproportionate number of women in the marketing and communications disciplines which by nature are more social.  While there is an increasing number of female executives, one still notices that the skill of hitting the walk off is a learned practice, not ingrained and salivated for by testosterone driven executives.

Having observed these early differences, the article goes on to state the following:

There is a “mismatch between the kind of workplace people think they would like and the actual workplace that makes them happier,” says Ellison, and that may suggest employers could do more to help workers embrace differing backgrounds and viewpoints.

The researchers only studied one firm, Ellison cautions, so the results don’t necessarily translate to other companies. Other studies have found similar results — a positive relationship between gender diversity and firm performance, and higher satisfaction and trust among groups composed of similar people. What’s unusual about this study is that the researchers found both effects in the same firm.

The paper, Diversity, Social Goods Provision, and Performance in the Firm, recently published in the Journal of Economics and Management Strategy,  is by Ellison and Wallace P. Mullin, an economist at George Washington University.

THE DIFFERENCES BETWEEN MEN AND WOMEN AROUND EACH OTHER

Men act differently with each other when women aren’t around as I’ve been assured that women also do.  We punch (physically or verbally), snap each other with towels and so forth.  Women tend to act more grown up around each other, except that they can be harder on each other, especially behind other women’s backs.  Men will hand your a$$ to you right to your face.

There is another issue I’ve observed, sexual tension.  Both sexes are genetically encoded to reproduce.  This behavior requires some level of courtship ranging from drunken hookups to abstinence until marriage, but it exists.  When you put men and women together, generally something is going to go on.  I have yet to see an office where it hasn’t happened.  When you stick opposite sexes together, or worse on extended business trips, guess what goes down?  This almost always gets in the way in the form of nepotism while it’s going on, to retribution afterwords.  The army saying is don’t s–t in your own foxhole.

PUSHING IT TOO FAR

Why the PC police are forcing the military to make the sexes cooperate in tight spaces like a submarine where you are guaranteed deserted island behavior is beyond me.  The recent incident where men have filmed women in the shower on a sub is no surprise.  That is asking for something to happen.  You can only push the bubble so far before it breaks.  This is quarters that are just too close.  Someone is going to hop into the sack.

I also get diversity and have been through hours of training.  It’s the same boring training year after year on what you can and can’t do and how to act so that the company doesn’t get sued or blame you for the easy way out.  I’m for hiring the most talented and best candidate for a position rather than a quota based system.  It can result in distorted statistics that the racial and feminist overlords use against companies, but the idea is to create the optimal team be the most competitive and win.  Sometimes that creates teams of men and women, sometimes it’s dominated by more of one sex than the other.  When it’s time for battle though, you put your best team on the field, and that is determined by meritocracy.

So do men and women like working together?  For the most part to a person will say they do.  Behind the others backs or in the back of their mind, the differences are there and likely go unspoken or not thought of until the instinct to crush the opponent is instinctual or learned.  You can point the gun, but can you pull the trigger.

I saw an article on LinkedIn about women crying more than men.  You can read the article here and draw your own conclusion, but it appears that there are clear differences between the two sexes emotionally.

And…..women tell me the difference between women and men is women have 2000 web pages open at once and work them all.  Men have one page open, but know every inch of it.

So in conclusion, no.

friends. If they’re OK, you’re it.

nobody appreciates how difficult it was.

you left them to where you can’t find them.